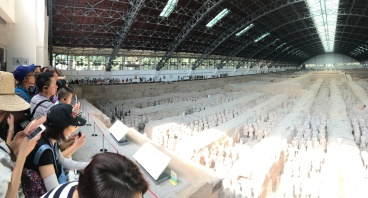 When someone wants to build and/or dig in any area in China these days, they first have to notify the government who sends out an Archeologist to inspect the area. With such a long and rich history, any site in China could contain ancient artifacts, relics, or tombs. In 1974, in Xi’an, a farmer began to dig a well. As he dug, he noticed pieces of clay in the dense soil. This made him nervous, so he contacted his local government officials. This is how the terracotta warriors were discovered. At the time of the discovery, Archeologists were not sure what they would find. They were shocked by the magnitude of what they would eventually unearth.

The first Emperor of the Chin dynasty had the reputation for being quite ruthless, but he is also credited with bringing the nation together as one. He was very interested in finding the elixir for eternal life. As such, he tried many things that could potentially kill him. The one that is purported to be what did him in was mercury. He liked this shiny liquid and believed it could be the elixir and drank it. When he died the officials who buried him used mercury in the tomb, possibly to keep raiders out. It is this Emperor’s tomb, which is surrounded on all sides by the Terracotta Warriors.

There are three pits currently under excavation. Pit one is the size of two football fields. Inside, it is estimated there are 8000 warriors, 2000 of which are currently standing or being worked on. In the second pit, there are over a thousand warriors and in the third there are only 68. The second pit is still mostly underground, not yet unearthed, as Archeologists are not yet sure how to preserve everything as they dig. The third pit is extremely unique, as the warriors are so few and spaced out and the shape of the excavation in unique.

Like most things in China, the sheer size of the excavation in pit one is breathtaking. The entire area spans two football fields in length. When you walk into the pit and are confronted by these soldiers, archers, generals, and their horses, the sight washes over you and is, frankly, overwhelming. Warrior upon warrior stands guard for this cold-hearted Emperor, who reportedly buried his workers alive.

Each warrior is unique, with individual details on the clothing and differing facial features. It is easy to tell the role of each warrior, as they have distinct markers. Archers wear a hair knot on the right side of their head, unless they are left-handed, then it is on the left. Mid-rank officers wear a hat, and the general wears a different hat and different armor. Each warrior took four months for the original artist to create. In order to be able to work year round, they built them in caves. Each artist signed their work, but not for recognition. They signed them in order to be inspected. It took 40 years to create all of them. It is said that after all was completed, the Emperor buried all the workers alive.

The reconstruction is slow. When the Emperor died, the people saw it as an opportunity to rise up. They stormed the tomb and collapsed the roof, crushing many of the soldiers. Archeologists pain-stakingly dig out the pieces and puzzle it all back together. 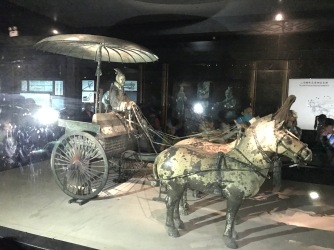 There were also some weapons discovered, those not stolen by raiders are still buried in the pit. One sword Archeologists discovered is bronze and coated in chrome. Still sharp, they found it could cleanly slice a stack of 20 sheets of paper. It is not clear how this technology was discovered or implemented during the Tang dynasty, because it has been lost over time. This fact, alone, increases the mystery of the place. 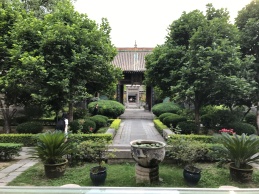 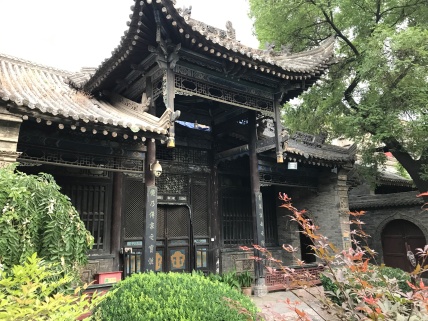 Muslim Street and the Great Mosque

The Chinese people are open to all religions. The government does not dictate a national religion, and people are allowed to practice the religion of their choice. The four major religions practiced in China are Buddhism, Taoism, Christianity, and Islam. This last one surprised me, as I didn’t know such a large Muslim community exists in China and that Islam has been practiced in China for centuries.

In Xi’an there is a Muslim quarter and at its heart stands the Great Mosque. This mosque is unlike any I’ve seen. One of the Emperors built the Mosque as a gift for the Muslim community’s help in ending a great battle. It would seem that a great beauty enticed the Emperor. He abandoned his duties in order to spend his time with this temptress. One of the Emperors Generals tried to overthrow the Emperor, but when fighting started the Muslims joined the Emperor and ended the war. Built in the traditional Chinese style, the Great Mosque is a place of peace and tranquility. Worshippers go five times a day to pray. 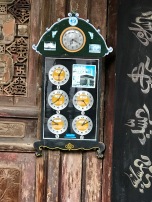 Surrounding the mosque is what is known as Muslim street. It consists of a huge market, in which bargaining is required and a food street. The street is always lively, but as it is the end of Ramadan, it was even more packed and active. The movement and electricity of the crowds was fantastic. There was so much to take in and experience. 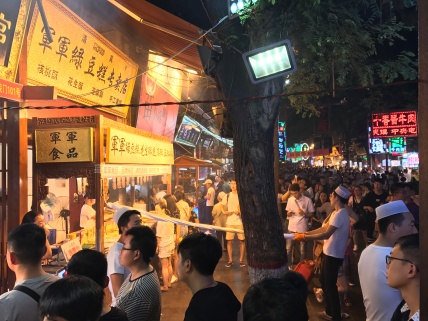 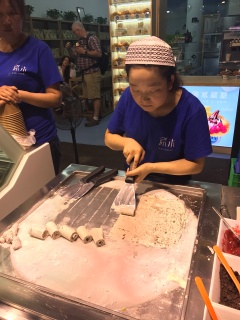 We heard about a place in the market where you could dip your feet into water and fish would swarm your toes and heels and nibble on your skin. At only 20 yuan for 30 minutes, we had to find this place and try it out. It was a hoot. The feeling of the fish all around your feet, nibbling at your toes and ankles is indescribable. At first it shocked me and I wasn’t sure if I could sustain for 30 minutes, but after I got used to the feeling, it was actually quite relaxing, and my feet felt so smooth afterward. I’m not sure of the ethics of the whole endeavor, but it sure was interesting. I’d do it again in a heartbeat. Maybe some young entrepreneur could open one of these places in the states. I’m sure it would be a success!